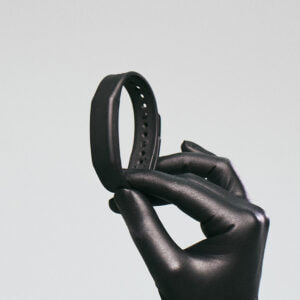 Kevin came to MistyWest from the world of telematics and fleet management. He was there at the time when fleet management technology was transitioning from 2G to 3G which he says “seems like some prehistoric era now.” After this, Kevin forayed deep into Bluetooth low energy design. He makes the observation that Bluetooth maybe has a negative perception for communication, but it is, in Kevin estimation, a technology that broadcasts out well if the right engineers are working on the device solution to make it do this seamlessly. He says “there are alot of tricks to it in the trade to try to bring experiences like the Apple Airpods to low energy devices. In fact, low energy devices and Bluetooth development brought Kevin to MistyWest.

Kevin works on machine learning cores on sensors now even getting advanced developer access to the IMU LSM 60 SOX so that he and his engineering team could train a wearable device to rate an individual athlete’s performance to things like whether or not a punch in a boxing training session has a proper form.

Kevin continues to say that MistyWest prides itself on solving hard problems with several engineering physicists on the team. The company has two specialisations, one is low powered constrained devices and the other is high powered machine learning machine vision applications. ​

​Kevin works on machine learning cores on sensors now even getting advanced developer access to the IMU LSM 60 SOX from ST Electronics – so that he and his engineering team could train a wearable device to rate an individual athlete’s performance to things like whether or not a punch in a boxing training session has a proper form.

IoT product and projects to mention

MistyWest prides itself on solving hard problems with several engineering physicists on the team. The company has two specialisations, one is low powered constrained devices and the other is high powered machine learning machine vision applications.

As a first example, Kevin describes an interesting IoT product MistyWest worked on. This is a sleep wearable. This product was commissioned by Fatigue Science who conduct deep data science into sleep analytics. Before they approached MistyWest, several other design firms had struggled to iterate the design to get it to mass production scale. They were struggling with power consumption issues, data throughput issues, and overall manufacturing issues.

Kevin says common mistakes were identified with the pre existing proof of concept straight away. “There was no security on the bluetooth services, no encryption on the link; the data throughput, or the power consumption, based on the connection parameters, was not optimized. There were no OTA software updates and no visible feedback to the user on whether or not firmware upgrade had occurred such as a blinking light on the device.  “We addressed these issues and delivered a wearable with a better and more seamless user experience.” 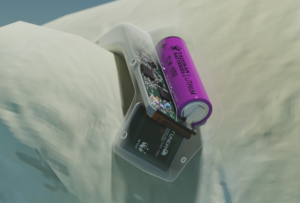 The second IoT product mentioned focuses on tracking and protecting polar bears.  With global warming, food supplies are changing for polar bears and as a result, more and more humans are coming into contact with bears in the Arctic region. Unfortunately when there are these instances of bears coming into contact with humans, invariably the bears get shot. Portable tracking devices ar required to provide researchers insights into the migration habits of the bears, but also to provide an early warning system that the bears could be approaching human settlements. Rangers can be ready with tranquilizer guns and civilians can avoid unexpected bear encounters.

The World Wildlife Federation held a workshop to discuss the state of tracking devices as they pertained to polar bears. Polar bears are an aggressive species, huge and so the question is how do you design a device that performs well technically, but is also rugged and robust enough to survive these testing conditions? Kevin illustrates the engineering design challenge: “When you think of a tracking device, you also think it should have a big antenna  and a big battery to connect to the satellite. Then you think of a collar design as the obvious solution, but this doesn’t work with a polar bear. Their necks are thicker than their heads so the device slides off. Adhesive can fail so you can’t glue the device to their back and it is certainly now a species-friendly way to solve the problem. An ear tag can be pierced but long range RFID used in these tags requires a team in a helicopter spraying RFID energy out to try to elicit a response.” None of these solutions were really satisfactory solutions.

After a considerable amount of research, design and testing, Kevin and his team found the solution. They designed a tracking device weighing less than 40g with an internal antenna with sufficient transmission efficiency to reach the satellites. Argos, a research based satellite constellation was used and the Argos-based device design operated at 400 Mhz and low power with a small form factor battery, and a low data transmission rate. The team was able to successfully negate the need for a large antenna normally required for quarter wavelength connection with the satellites. Large antennas on devices fitted to polar bear in 85 to 90% of cases as the long stubby designs normally break.

The third IoT product is in consumer and industrial air quality sensing. The Zoa wearable particle sensor is a laser-based air particle counter so you can assess quite accurately the air quality around you. Kevin explains that behind the scenes a lot of engineering work went into the calibration of optical stack, the calibration of the light sensor and making the devices manufacturable at scale.  An industrial version of the particle sensor can also be installed directly into air vents and this is the next evolution of market development for Zoa.

As highlighted above in the sleep wearable project, MistyWest will always recommend the use of OTA software updates for managing, upgrading and securing devices in the field. Kevin has done specific OTA design work around the protocol, system and applications with low powered, constrained devices. The selection of an OTA solution is done on a case by case basis as different customers have different needs, different applications, different cloud providers and how they want to interface to their device. Kevin points out that Low energy bluetooth is synonymous with a non secure protocol, and that different vendors have different ways to tackle the problem with lots of layers of security accomplished by cloud providers such as Azure and AWS.  Kevin is adamant that MistyWest offers a clear direction on what level of security is acceptable for a client. For POCs, security is less of a concern, and then in other cases, with medical devices the security concerns are far more stringent and must be taken into account from the earliest stages of design. “Oftentimes, clients do not consider secure OTA updates as a capability to add at the start of the product design phase. But we can foresee field issues and will reject the project if the client doesn’t agree to build in OTA software updates in some form. Without OTA software update, it becomes a serious pain point for both the design team and client.”.

Be forewarned, Kevin has witnessed device manufacturers who did not bake OTA firmware updates into devices before they put them into the field and now recall is the only option to resolve issues. This is not a situation that any IoT product provider will want to find themselves in.

We wish Kevin and his colleagues at MistyWest well as they continue to work on exciting IoT product design projects. ​
​​​Are you ready to talk to us? Click here