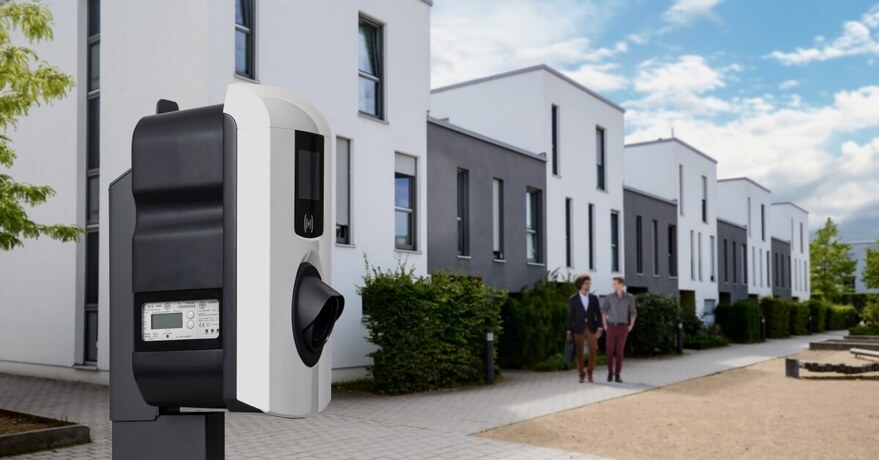 In this article, we first look at EV charging stations, dynamic load management and how gridX helps address this use case. Joel begins by sharing some of his thoughts on the biggest trends in electrification. He sees this as the massive shift to EV, where major automotive companies are now committing to it. This, he says, will dramatically increase the number of EVs available and the need for increased EV charging infrastructure. Joel believes there is still some distance to travel in terms of building up capacity. He states, “the German Government recently put out some numbers to estimate that by 2030, there will be 10m EVs and 1m chargers available. Currently, there are only about 30,000 chargers available. Each charging station is a massive load and the grid is not built for this purpose necessarily. So this leads to the increased need for the decentralisation of the grid.”

Furthermore, EV is now moving from a niche market position to the mainstream mass market.  Vehicle to grid is currently in a trial stage, and Joel adds that as soon as more standards and devices and vehicles are supported, it will be much more interesting. “This is as long as the rest of the technology catches up,” he adds. Energy management systems such as the gridBox also need to be in place on a wider scale to make the energy ecosystem efficient.

Joel also believes that important standards such as OCPP - the protocol for communication for charging stations, billing and control - are gaining more and more traction. “They are needed to manage the complexity and demand that is building up.”

Thankfully there is a solution: you can limit each charging station to a fraction of what it can do and end up not reaching the problematic load. Usually, not all chargers are used simultaneously, so Joels points out that you can dynamically shift loads from one charger to another. With 10 chargers and only two in use at the same time, you could set two charging stations to charge at full power, while the others are set to zero. This is what is done with the gridBox, which is added locally. With the gridBox gateway device, it is possible to measure what each charging station is consuming and at the same time measure what is going on at the grid connection points. In this way, the consumption of the building can be accommodated by connecting it to site charging consumption. Then, in almost real time all the assets can be managed by shifting energy loads in sub seconds so you can avoid black outs or peaks in usage between the charging EVs and the buildings on site. If dynamic power load management was not in place, the fuse at the grid connection point could blow and all power would be out. To avoid this, in the old scenario Joel explains, you might have to limit all 10 vehicles on the site to 10% charging. Then it would take up to ten times longer to fully charge the cars and this might not be feasible. With the gridBox and dynamic load management, we check the building for the highest and lowest load consumption and then use dynamic load shifting to make more of the available capacity at any given time of the day.

Robust and secure OTA software updates provided by Mender.io are very important for gridX. It helps the company get products out quickly and evolve them based on customer feedback. Joel explains that the development culture of the company is to ship a very small version first and then iterate quickly. “For such devices distributed over Germany and Europe, we need a system to fix bugs, improve performance and add new software updates. For application, we have between a weekly and monthly release schedule depending on our partner’s schedule.”

Mender.io is used to provision the system and operate system updates. It is a solid foundation for updating, Joel says. He continues: “the biggest fear in the beginning was not being able to update devices. The device OS is so crucial and there is no space for something to go wrong. We didn’t have many experts in the team to handle the complexity of OTA updates. We were keen to rely on an expert partner that knows more about OTA software updates. This has proved a very wise decision over the last 5 years. Mender has been efficient and worked very well.”

Another great benefit of Mender is the layer integration with Yocto. The Mender engineering team helped set up the hardware in the right way. There are 3 different hardware versions running Mender and it is really easy to maintain with Yocto. The embedded boards are ARM-based so these are low cost but high performance devices. Joel elaborates, “you can imagine connecting to 50 charging stations and you have an algorithm that controls them in sub seconds, then you need a device that is highly performant but at the same time cannot be too expensive. In the consumer market at least, no one is prepared to pay €1000 for a device that does energy management, so this is why the ARM-based devices are so important.” In most situations, the connectivity on the devices is wired, in some cases LTE modems are used with the devices.

Joel explains that gridX also pays attention to encryption in transit for all data transmission. Mender has a good setup for authentication of the devices with public keys. It opens the connection from the device to the cloud and not some tunnel that is constantly open. So it minimises the threat vectors to our network.

Dozens of devices easily update manually, then you think about groups and schedule updates. Eventually, you reach a point where the groups are too big and then you need to handle the complexity in a different way. Automation is needed as there are so many devices.

Mender.io is one of many tools in gridX’s device management setup but is important as a go-to tool for updating the OS. Support has always been great. The documentation and support is excellent for integrating with new devices. We never had problems updating the versions or using the hosted installations. Thanks to Mender.io, gridX has atomic updates across a large fleet of devices and the Mender system scales with the company, Joel concludes.

We wish Joel and his colleagues at gridX well as they continue their journey in providing valuable digital energy solutions.
​​​Are you ready to talk to us? Click here